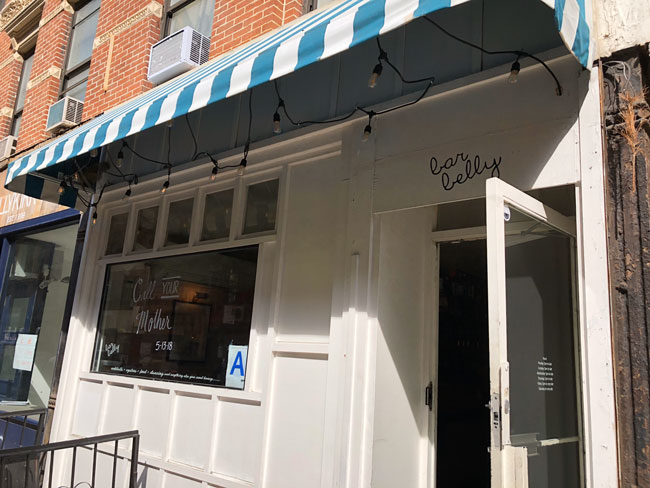 What is a Jackalope?

A. The name of hip new band. “Have you streamed the new Jackalope single?”
B. A hot new exercise craze. “My quads are burning from that intense Jackalope session.”
C. Something you want to avoid. “My friend visited Tijuana and came home with a nasty case of the Jackalope!”
D. None of the above.
E. None of the above but maybe a little of C.

We know you are thinking D but the answer is indeed E.
A Jackalope is actually a mythical creature, a jackrabbit with antelope horns, hence the clever portmanteau moniker, jackalope. It is the brunch of bizarre beasts, the Frankenstein of fauna.

Many believe the jackalope legend began in Wyoming in the late 1700’s. A mountain man named John Colter claimed to have seen the cagey critter, and the myth was born.

Other than two much rye whiskey, is there a possible explanation for what the mountain man saw?

Indeed, there is. The Shope papilloma virus (SPV), also known as the dreaded cottontail rabbit papilloma virus (CRPV) or, our favorite, Kappapapillomavirus 2, infects some rabbits, causing keratinous carcinomas to grow on or near the besieged bunnies’ heads. Yes, the carcinomas can resemble … horns. 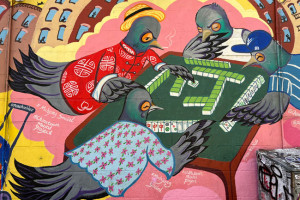 Everchanging, the mural on this corner is always done by top talent 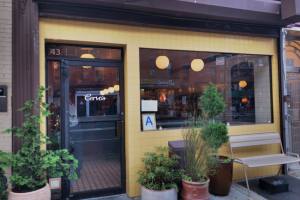 Spanish Seafood and Wine Specialist in a Casual LES Setting 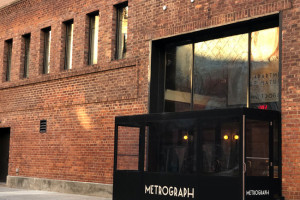 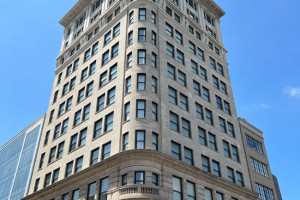 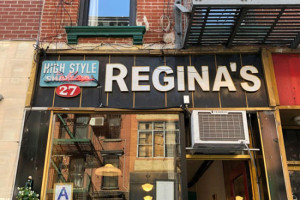 Mammoth and Marvelous, these Italian Sandwiches are some of the Best in the City 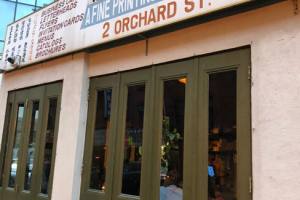 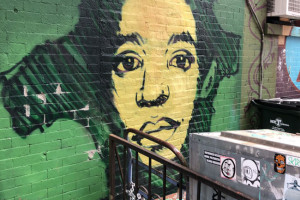 An Homage to the Legendary Artist by Tynk 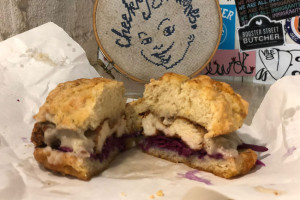 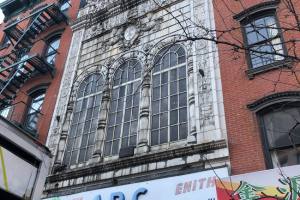